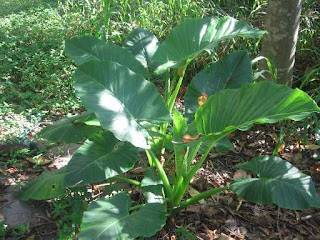 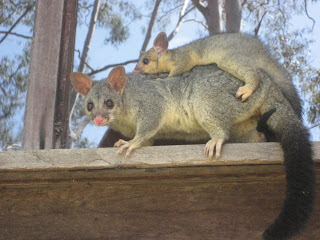 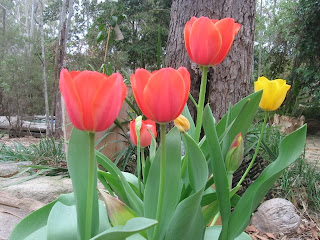 This relationship was restored when Jesus Christ (God's Son) chose to die for the consequences of Adam's choice. Jesus's sacrifice was accepted and He was miraculously resurrected and now continually intercedes on our behalf. Thus we are accepted for who we are and not what we do or have done.

It was a ‘True Truth’ communicated by God who sees the whole Cosmos as the large picture plus you and I as part of the detailed small picture. Seeing God is the Creator of all things, God knows the final truth. This truth was communicated by prophets and seers over many years and finally in person in Jesus of Nazareth who was God Himself in human form. These truths were collated in the Bible which consists of sixty six books written by people who often didn’t know each other over 1500 years, yet whose writing manifests an amazing unity. In this unity there is even a mathematical sequence which flows from the beginning to the end.

In books of the Bible there is frequently used the term of 'Covenant'. We do not use the term 'Covenant' in our society very much today but we often use another term of 'Contract'. The two terms are vastly different.

In a world where few can be trusted and where friendships only endure as long as there is a perceived personal benefit mankind is always looking to make covenants. He seeks strong and secure relationships for himself and also for his family. He seeks committed friends who will be there for him when enemies rise up against him or when he falls into misfortune.

A biblical covenant is an agreement found in the Bible between God and His people in which God makes specific promises and demands. A covenant is based on what one group in a party of two has said to the other. A covenant was sealed by mixing the blood of both parties together to seal a promised agreement.

A 'Contract' is based not on promises but the delivery of specified goods or services. You deliver the good then you receive payment.

3It will not be like the covenant I made with their forefathers when I took them by the hand to lead them out of Egypt, because they broke my covenant, though I was a husband to them, "declares the LORD.

33 "This is the covenant I will make with the house of Israel after that time," declares the LORD. "I will put my law in their minds and write it on their hearts. I will be their God, and they will be my people.

34 No longer will a man teach his neighbour, or a man his brother, saying, 'Know the LORD,' because they will all know me, from the least of them to the greatest," declares the LORD.

The overall teaching of Jesus was about us coming into a new identity or new sense of who we really are as people .... to a new place of belonging. This new identity was not based on your personal achievements in life or lack of them. It was not based on what other people thought about you or didn't think about you. This what could be called a 'Horizontal Identity'.

The new identity Jesus Christ spoke about was based on a 'Vertical Identity' ..... of who God said they were. This new identity that Jesus called people into was not in good words which they could believe or not believe in. It was demonstrated in power ..... things happened ....people were healed of diseases, the crippled walked, the blind saw, the deaf heard, the dead were raised and there powerful encounters with demonically possessed people. With new identity, came a new sense of belonging which transcended their given definitions who other people said they were.

There is a very famous passage in John 3:16,17 "For God so loved the world that He gave His only begotten Son, that whosoever believeth in Him should not perish, but have everlasting life. For God sent not His Son into the world to condemn the world, but that the world through Him might be saved.

This is the essence of Christmas and beyond into eternity. As I reflect on this passage it has a depth that is immeasurable ...... God wants us to be with Him ….. for eternity. This then means:

In his very short life of preaching for only 3 and 1/2 years, He taught in a very famous sermon (the Sermon on the Mount), He taught some very radical principles of how to live in a new way of living in a new Spiritual order. The people who followed Jesus after His death and resurrection were initially called the people of the Way. They weren't called Christians until later when the Christian Church was established at Antioch in about 50 A.D. There is lot in this name:

1. They had a discernible lifestyle, a particular pattern of life and a way of life and visible to all. This different lifestyle and way of relating grew out of their faith and gave testimony to that faith. To all who saw, Christian belief became identified with a certain kind of behaviour. Unlike our modern experience, there was an unmistakable lifestyle recognised by believers and non-believers alike. That style followed the main lines of Jesus's Sermon on the Mount and His other teaching to believe meant to follow Jesus. There was little doubt in anyone's mind: Christian discipleship revolved around the hub of the kingdom. The faith of these first Christians had a clear social results. They became well known as a caring, sharing and open community that was especially sensitive to the poor and the outcast.

Their love for God, for one another and for the oppressed, was central to their reputation. Their refusal to kill, to recognize racial distinctions or to bow down before the imperial deities, was a matter of public knowledge. Believing and living were completely intertwined. The earliest title given to them reflected the importance of their kingdom lifestyle. They were not called the people of 'the experience' or the people of 'right doctrines' or even people of 'the church'. Rather they were called people of 'the Way'.

2. It is equally significant that the early Christians were known as 'the people of the Way'. More than just individuals who had been converted, they were now a people, a new community of faith which had embarked together on a new way of life. The first thing Jesus did after announcing the kingdom was to gather a community. To follow Jesus meant to share Jesus's life and to share it with others. From the beginning, the kingdom would be made manifest through a people who shared a common life. Their visible fellowship would be the sign and first fruits of God's new order begun in Jesus Christ. Those who had left everything to follow Jesus were given the gift of community with one another. Henceforth they would belong to Jesus and be inextricably bound together as brothers and sisters in the family of God. The call of Jesus was not only to a new commitment; it was also to a new companionship, a new community established by conversion.

See the post on the Kingdom of God as taught by Jesus Christ 2000 years ago as the Third Alternative between the way of violence as advocated by the Roman Empire and the contemporary Jewish Religion of His day. The context of the The Roman Empire in the First Century

After the 4th Century the the Kingdom of Christianity emerged. See the post: The Christian Church Sequence

Posted by Brain Injury Survivor Network at 12:35 PM No comments: